Language skills are in demand and can be used in almost any career, particularly in businesses that trade internationally Job options Jobs directly related to your degree include: Interpreter Secondary school teacher Translator Jobs where your degree would be useful include: Broadcast journalist Detective Diplomatic service officer English as a foreign language teacher International aid/development worker Logistics and distribution manager Marketing executive Patent examiner Sales executive Tour manager Remember that many employers accept applications from graduates with any degree subject, so don't restrict your thinking to the jobs listed here.

The School of Modern Languages aims to develop and educate its students to become global citizens . With in-depth study of both German and Portuguese, two major world languages, you will gain a wealth of transferable skills and knowledge beneficial to the world of employment, making you competitive and attractive in an increasingly global workforce and opening the doors to a variety of career paths. 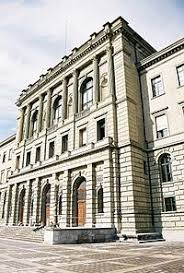 We are here to solve your problems with perfect solutions...